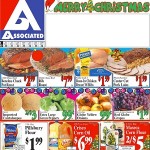 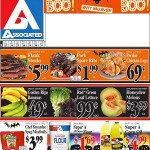 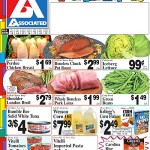 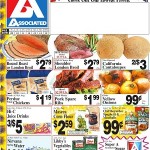 For over 50 years, Associated Supermarkets provides the freshest quality of foods, the best service to the customers, along with the lowest prices available.
Associated Supermarkets, is the largest group of independently-operated supermarkets based in the New York metropolitan area.
Associated provides services to a network of approximately 250 independent grocery retail stores predominantly located in the five boroughs of New York City. The company also has stores in upstate New York, New Jersey, Connecticut, Massachusetts, Rhode Island, North and South Carolina, Pennsylvania and Virginia.
Associated Supermarkets owns the banners Associated and Compare which are both known to cater to the Hispanic and other ethnic demographics. Associated and Compare stores are known to carry a variety of ethnic products as well as it’s private label brand Super A and Compare.
Associated is principally engaged in the development and support of independently owned and operated grocery retailers which typically carry the “Associated” or “Compare” trade name.
The company’s franchisor-like business model allows independently owned and operated stores to take advantage of the benefits of scale economies on merchandising and advertising that are usually only available to larger supermarket chains, as well as allowing them to access other customer support services provided by the company.
Associated Supermarkets possesses one of the largest and well-capitalized balance sheets in the New York metropolitan grocery industry, which is used to support the extension of working capital credit and financing of independently owned and operated stores.
Source: www.wikipedia.org
Check the latest weekly circular and weekly ad specials from Associated Supermarkets – online weekly circulars.