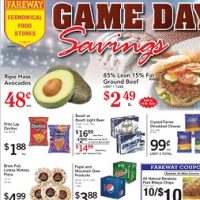 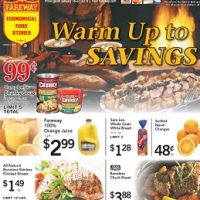 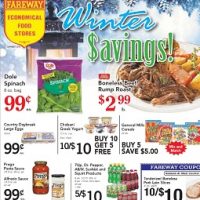 Opened on May 12, 1938 in Boone Iowa, the first Fareway Store was founded by Paul S. Beckwith. Fred E. Vitt was named Boone store manager as well as vice president of the Fareway organization. Paul S. Beckwith’s daughter, Pauline, married Wayne Cramer, who also became part of the executive organization. The Company opened a corporate headquarters store in Ames, followed by additional locations in Webster City, Fort Dodge, Estherville, Carroll and Oelwein.
When it came to choosing where the next Fareway Store would be built, Paul was fond of saying “follow the black dirt” because he believed the Company’s values were in perfect sync with those living in the country’s breadbasket-people who were hard-working, who understood the value of a dollar and to whom family was everything.
Paul S. Beckwith’s grandson, Rick Beckwith, is the current Fareway Chairman of the Board and CEO. Fred Greiner is the current President. Pauline(Beckwith)Cramer’s grandson, Reynolds Cramer, is the current Executive Vice President.
As of 2013, the chain has 106 stores in Iowa, Illinois, Minnesota, and Nebraska, and in of 2013, Fareway opened a store in Sioux Falls, South Dakota. Fareway has more than 1 store in the following cities: Ankeny, Des Moines, Iowa City and Sioux City.
Source: www.wikipedia.org
If you are interested in knowing more about the company, its statements, products, and special offers or discounts, please visit www.fareway.com
On iWeeklyAds you will find the latest Fareway weekly ad and weekly circular, online, on a single place.