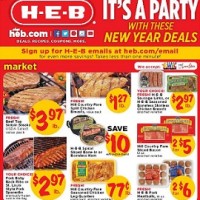 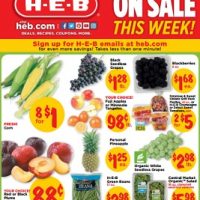 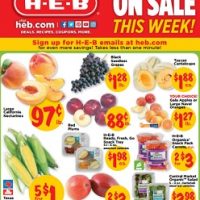 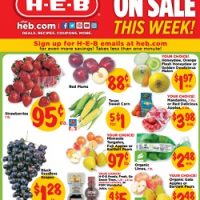 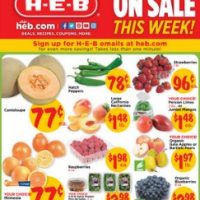 HEB Grocery Company, LP is a privately held San Antonio, Texas, USA-based supermarket chain with more than 315 stores throughout the U.S. state of Texas and northern Mexico. The company also operates Central Market, an upscale organic and fine foods retailer.
As of 2012, the company has a total revenue surpassing $18 billion USD . H-E-B ranked No. 12 on Forbes’ 2012 list of “America’s Largest Private Companies.
Based on 2010 revenues, H-E-B is the twenty-fifth largest retailer in the United States. It donates 5 percent of pre-tax profits to charity.
In 2004, the company launched three (in Austin, Corpus Christi, and Waco) H-E-B Plus! stores with an expanded focus on non-food categories, such as entertainment and other general merchandise. The company added three additional locations in 2005 (Corpus Christi, Round Rock and San Antonio). The stores offered several new departments including Do-It-Yourself and Texas Backyard, and greatly expanded product categories in baby, card and party, cosmetics, entertainment, housewares and toys.
Several other locations were later added, including stores in Flour Bluff (Corpus Christi), Beaumont, Katy, Killeen, Cypress, Victoria, Kyle, Laredo, Leander, Mission, Rio Grande City, San Juan, San Antonio, Midland, and Pearland and a new one being built and on schedule to be opened February 2013 in Copperas Cove.
Source: www.wikipedia.org.
If you are interested in knowing more about the company, its statements, products, and special offers or discounts, please visit www.heb.com.
On iWeeklyAds you will find the latest HEB weekly ad and weekly circular, online, on a single place.