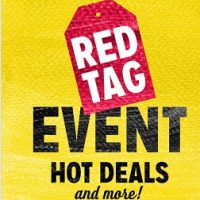 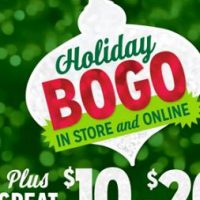 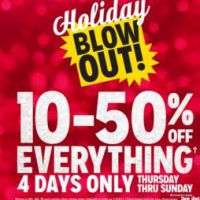 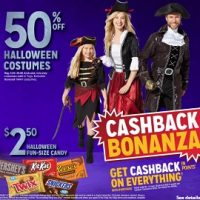 Kmart Weekly Ad, Kmart Ad, Circular, Flyers and Sunday Ads.
Kmart (sometimes stylized as K-Mart), is an American chain of discount stores headquartered in the United States. The chain purchased Sears in 2005, forming a new corporation under the name Sears Holdings Corporation.
The company was founded in 1962 and is the third largest discount store chain in the world, behind Walmart and Target, with stores in the United States, Puerto Rico, the U.S. Virgin Islands, and Guam (which houses the world’s largest Kmart).
As of January 29, 2011, Kmart operated a total of 1,307 (6 closing by early 2011) Kmart stores across 49 states, Guam, Puerto Rico, and the U.S. Virgin Islands. This store count included 1,278 discount stores, averaging 93,000 sq ft (8,600 m2), and 29 Super Centers, averaging 169,000 sq ft (15,700 m2).
Kmart is a chain of discount stores that are usually free-standing or located in strip malls. They carry electronics, music, movies, bedding, household hardware, sporting goods, clothing, toys, jewelry, office supplies, health and beauty products, home decor, and a limited selection of food items. Many stores also have a garden center, a Jackson Hewitt tax center, a pharmacy, and usually a K-Cafe or a deli serving Nathan’s Hot Dogs and pizza. Kmart stores range from 80,000–110,000 sq ft (7,400–10,000 m2). Some of these stores were converted into Super Kmart, and most of them were converted into Big Kmart. Urban multilevel variants of a Kmart store are located in Middle Village, Queens, New York; Southbury, Connecticut; and Philadelphia, Pennsylvania.
If you are interested in knowing more about the company, its statements, products, and special offers or discounts, please visit www.kmart.com.
On iWeeklyAds you will find the latest Kmart weekly ad and weekly circular, online, on a single place.