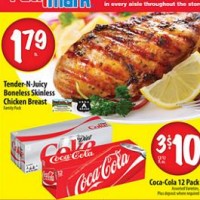 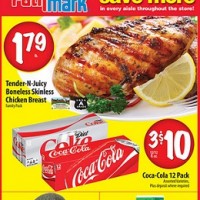 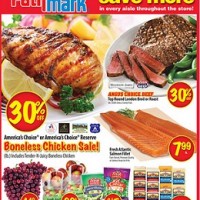 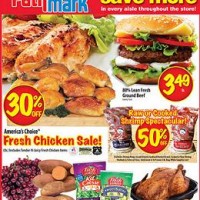 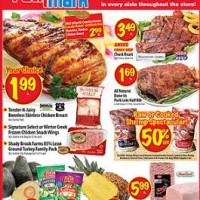 Pathmark is a supermarket chain owned by The Great Atlantic & Pacific Tea Company, based in Montvale, New Jersey. It was founded in 1968 when its then parent, Supermarkets General Corporation, pulled out of the ShopRite retailers’ cooperative.

Pathmark began when some of the supermarkets of the Wakefern Food Corporation, parent company of ShopRite, broke away in 1968, as some independent New Jersey grocers felt they needed to compete better with large supermarket chains. Some members of the cooperative agreed to operate their stores under the ShopRite name. Wakefern was both a wholesale operation and a retail operation; among its members was a subgroup, Supermarkets Operating Co., in Union, New Jersey formed in 1956 by Alex Aidekman, Herb Brody, and Milt Perlmutter. This company opened ShopRites; in 1963 it branched into nonfood retail by acquiring Crown Drugs.

As of January 2008, there were 132 Pathmark stores across Delaware, New Jersey, New York, and Pennsylvania.
Pathmark is well known by baby-boomers for its radio and television commercials starring character actor James Karen, who was the chain’s spokesperson for more than 20 years. Pathmark’s original spokesperson was Arlene Francis, who appeared in its commercials beginning almost immediately after Pathmark broke off from ShopRite. Peter “Produce Pete” Napolitano has starred in many of the company’s commercials since 2001.
Areas with a strong Pathmark presence include Wilmington, Clifton, Jersey City, Newark, Bronx, Brooklyn, New York, Staten Island, Yonkers and Philadephia.
Source: www.wikipedia.org / www.pathmark.com.

If you are interested in knowing more about the company, its statements, products, and special offers or discounts, please visit www. pathmark.apsupermarket.com
Current Pathmark weekly circular, sales ad and flyer. This week Pathmark circular, specials and coupons on iweeklyads.com.