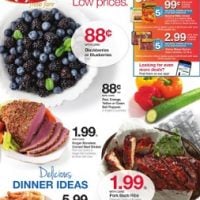 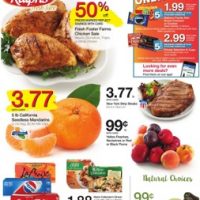 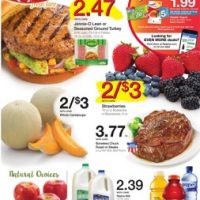 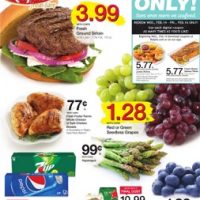 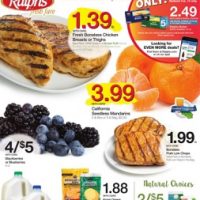 Ralphs is a major supermarket chain in the Southern California area and the largest subsidiary of Cincinnati-based Kroger. It is the oldest such chain west of the Mississippi River. Ralphs also operates stores under the Food 4 Less and Foods Co. names in California.

Ralphs Grocery Company was founded in 1873 by George Albert Ralphs. The original store was located at Sixth and Spring Streets in Los Angeles, California. In the 20th century, Ralphs became a grocery pioneer, offering self-service markets with checkout stands in distributed locations. The company employed notable architects in designing its stores, and the former Ralphs Grocery Store building built in 1929 in Westwood Village has been photographed by Ansel Adams, declared a Historic Cultural Monument and listed in the National Register of Historic Places.

In the 1980s, it created a chain of hybrid supermarket/warehouse stores called The Giant, which failed, but the concept returned with the company’s merger with the Food 4 Less discount chain. In 1994, Ralphs was acquired by the Yucaipa Companies for $1.5 billion. Yucaipa owned ABC Markets, Alpha Beta, Boys Markets, and Cala Foods. Soon, all ABC Markets, Alpha Betas and Boys Markets were rebranded as Ralphs. At the same time, Food 4 Less was merged with Ralphs. In 1997, Yucaipa sold the Ralphs Grocery Company to Fred Meyer, Inc., owner of several chains in the west. Soon, Ralphs Marketplace stores started opening; these stores are based on the Fred Meyer model but without apparel. In October 1998, the parent company, Fred Meyer, merged with The Kroger Company of Cincinnati, Ohio.