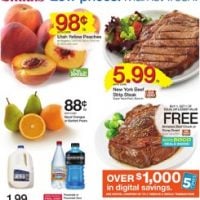 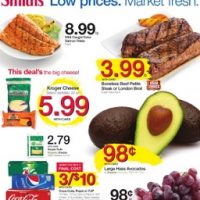 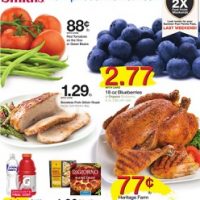 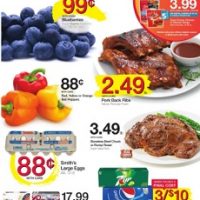 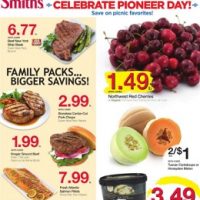 Smith’s Food & Drug Centers, Inc., commonly known as Smith’s, is a chain of supermarkets in the Intermountain West and Southwest regions of the United States. Its headquarters are in Salt Lake City.

Smith’s operates 132 stores in Utah, Nevada, New Mexico, Arizona, Montana, Idaho, and Wyoming. Smith’s utilizes a combination food and drug center format that strives for one-stop shopping. The chain’s early 1990s advertising slogan was, “The one place that takes the place of going place to place.”
Smith’s began in 1932 when Lorenzo J. Smith opened his first grocery store in Brigham City, Utah. In 1989 the company completed its initial public offering and shares of the company started trading on the New York Stock Exchange under the ticker symbol SFD. In the early 1990s, Smith’s attempted a major expansion into the Southern California market which was completely unsuccessful and resulted in Smith’s accumulating nearly $500 million in debt.
In 1997, the company was acquired by Fred Meyer of Portland, Oregon.

Smith’s Food and Drug is a division of The Kroger Company, Smith’s maintains its corporate headquarters in Salt Lake City, Utah.

If you are interested in knowing more about the company, its statements, products, and special offers or discounts, please visit www.smithsfoodanddrug.com.
This week Smiths Ad, Smiths weekly ads, circulars and sales flyer. Best grocery ad coupons and offers on iweeklyads.com.