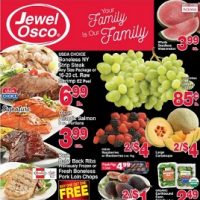 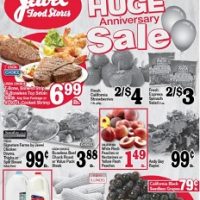 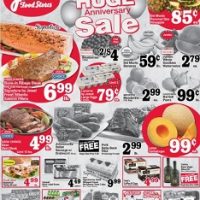 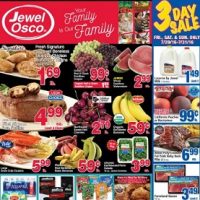 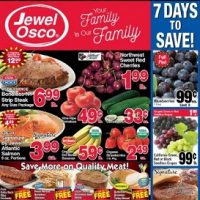 Jewel-Osco is a supermarket chain headquartered in Itasca, Illinois, a Chicago suburb. Jewel-Osco has 183 stores across northern, central, and western Illinois; eastern Iowa; and portions of northwest Indiana. Jewel-Osco and Jewel are currently wholly owned subsidiaries of Boise, Idaho-based Albertsons LLC.
Albertsons, Inc. acquired American Stores’ holdings, including Jewel and Jewel-Osco stores, in 1999.
Seven years later, parent company Albertsons and its stores would be taken over by two separate groups. On May 30, 2006, shareholders approved the break-up of Albertsons. All Jewel-Osco and Jewel Food Stores outside of Springfield, Illinois were now wholly owned by SuperValu. The Springfield stores, meanwhile, were acquired by an investment group led by Cerberus Capital Management. Both of those have since been sold to Niemann Foods, an independent operator of grocery stores, supermarkets and convenience stores in Central Illinois which now operates them under the Cub Foods–County Market brand. All free-standing Osco drugstores are now owned by CVS Pharmacy. The Osco name is still used for pharmacies within Albertsons, Jewel, Star Market and Shaw’s.
SuperValu announced on January 5, 2007, that it would offer for sale its Jewel-Osco stores in the Milwaukee area. Pick ‘n Save agreed to take five of the 15 stores. Two other stores were purchased by Lena’s Food Market. SuperValu announced to its workers that the remaining stores, if unsold, would close at the end of March.
Source: www.wikipedia.org.
If you are interested in knowing more about the company, its statements, products, and special offers or discounts, please visit www.jewelosco.com.
Current Jewel-Osco weekly ad, sales circulars and flyers. Latest Jewel-Osco ad coupons and online grocery specials.