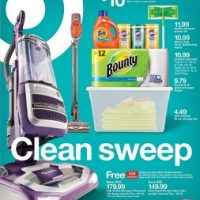 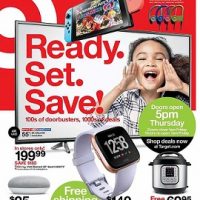 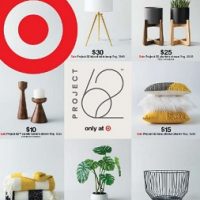 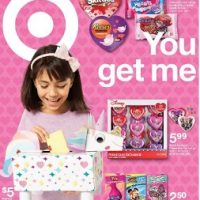 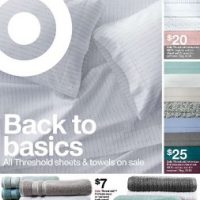 Target Corporation, originally the Dayton Dry Goods Company and later the Dayton Hudson Corporation, is an American retailing company, founded in 1902 and headquartered in Minneapolis, Minnesota. It is the second-largest discount retailer in the United States, preceded by Walmart. The company is ranked at number 38 on the Fortune 500 as of 2012 and is a component of the Standard & Poor’s 500 index. Its bullseye trademark is licensed to Wesfarmers, owners of the separate Target Australia chain which is unrelated to Target Corporation.

The first Target store was opened in 1962 in nearby Roseville, Minnesota. Target grew and eventually became the largest division of Dayton Hudson Corporation, culminating in the company being renamed as Target Corporation in August 2000. On January 13, 2011, Target announced its expansion into Canada. Target Canada operates over 100 stores as of 2013, through its purchase of leaseholds from the Canadian chain Zellers.

Target is a chain of discount stores that are about 95,000 to 135,000 square feet (12,000 m²) and carry hardlines, softlines (clothing), and a limited amount of groceries, mostly non-perishable. Specifically, Target stores carry clothing, shoes, jewelry, health and beauty products, electronics, compact discs, DVDs, bedding, kitchen supplies, sporting goods, toys, pet supplies, automotive supplies, and hardware supplies. They also carry seasonal merchandise such as patio furniture during the summer and Christmas and Chanukah decorations during November and December. Many stores, depending upon location, may also have Target Optical, Target Clinic, and a portrait studio. Most new locations built after 2004 include Target Photo, Target Pharmacy, Starbucks Coffee, Jamba Juice, and/or a Pizza Hut Express standard in addition to “Target Café”. It has also been reported that Cold Stone Creamery and Target have signed a deal to test in-store ice cream shops in three stores.

If you are interested in knowing more about the company, its statements, products, and special offers or discounts, please visit www.target.com.
Latest Target weekly ad, circular, sales flyer and Sunday ad. This week Target ad coupons, online deals and sales ad on iweeklyads.com