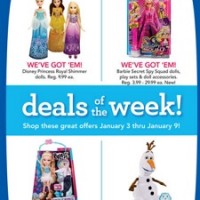 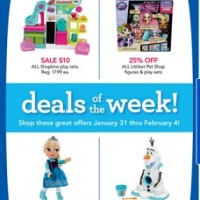 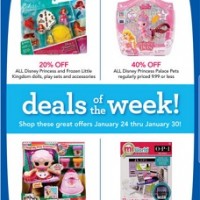 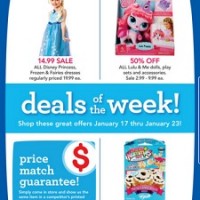 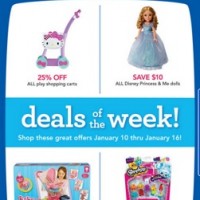 Toys “R” Us Inc., founded in 1948, is a dedicated toy and juvenile-products retailer headquartered in Wayne, New Jersey, United States. The company operates more than 875 Toys R Us and Babies R Us stores in the United States, more than 625 international stores and over 140 licensed stores in 35 countries and jurisdictions. In addition, it exclusively operates the FAO Schwarz brand and its flagship location in New York City. It also operates a portfolio of e-commerce sites including Toysrus.com, Babiesrus.com, eToys.com and FAO.com.
Toys”R”Us launched Toysrus.com in June 1998.

Following a disastrous Christmas 1999 trading period where it failed to deliver gifts on time, it entered into a 10 year contract with Amazon.com to be the exclusive supplier of toys on the website. Amazon eventually reneged on the terms of the contract by allowing third party retailers to use its marketplace to sell toys, citing Toys R Us’s failure to carry a sufficiently large range of goods, including the most popular lines. In 2006 Toys R Us won a lawsuit against Amazon and in 2009 was awarded $51m, just over half of the $93m damages claimed for in their filing.

Toysrus.com is one of the most visited sites in the specialty toy and baby products retail category with a vast assortment of toys for kids of all ages. In addition, Babiesrus.com offers a wide selection of baby products and supplies and access to the company’s baby registry.
Looking to expand its web portfolio, in February 2009, the company acquired online toy seller eToys.com from Parent Co., which filed for bankruptcy protection in December 2008. Around the same time, it was reported that Toys”R”Us, Inc. bought Toys.com for an estimated $5.1 million. Today, the company operates Toys.com to list unadvertised and exclusive deals available on its portfolio of e-commerce sites.
Source: www.wikipedia.org / www.toysrus.com.
If you are interested in knowing more about the company, its statements, products, and special offers or discounts, please visit www.toysrus.com
Current Toys R Us weekly ad, flyer and Sunday ad. This week Toys R Us circular, coupons and deals on iweeklyads.com.